With the ever-revolving loop of popular trends, retro 8-bit style games have made a big comeback in the gaming industry. Younger generations are now loving games that older generations still enjoy. This game is intended to entertain players across a wide variety of interests and skillsets, all while spreading the word of the Nancy Grace Roman Telescope and the fantastic science it will uncover.

Our goal for this game is to inform and inspire players about the amazing cosmic objects in our universe and what Roman may be able to see in a fun and engaging way.

The Nancy Grace Roman Space Telescope is a next-generation observatory that will peer through dust and across vast stretches of space and time to survey the infrared universe. The mission will help us solve some of the most profound mysteries in astrophysics, such as how the universe has evolved, its ultimate fate, and whether we are alone. Roman’s enormous view of space and fast survey speeds will allow astronomers to observe planets by the thousands, galaxies by the millions, and stars by the billions. The mission also aims to help illuminate two of the biggest cosmic puzzles: dark energy and dark matter.

Galaxies: Immense collections of gas, dust, dark matter, and millions or billions of stars and planets, all held together by gravity

Webb: Another space observatory that orbits in the same vicinity where Roman will be

Supernovae: Star explosions that happen either at the end of a massive star's lifetime or when a white dwarf star siphons enough material from a companion star

Exoplanets: Planets beyond our solar system

Rogue Exoplanets: Freely floating planets that drift through the galaxy solo, untethered to a star 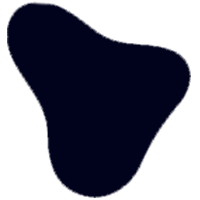 Dark Matter: An invisible form of matter that is only detectable through its gravitational effects on normal matter we can see

Black Holes: An object with such powerful gravity that not even light can escape its clutches