Discrepancies in the Hubble constant, which describes how fast the universe is expanding, have vexed astronomers for years. Values predicted from observations of the early universe simply don’t match up to measurements of the modern universe. The mystery is growing more puzzling since different research groups continue to find mismatched values using a variety of methods, making this one of the liveliest topics in cosmology. 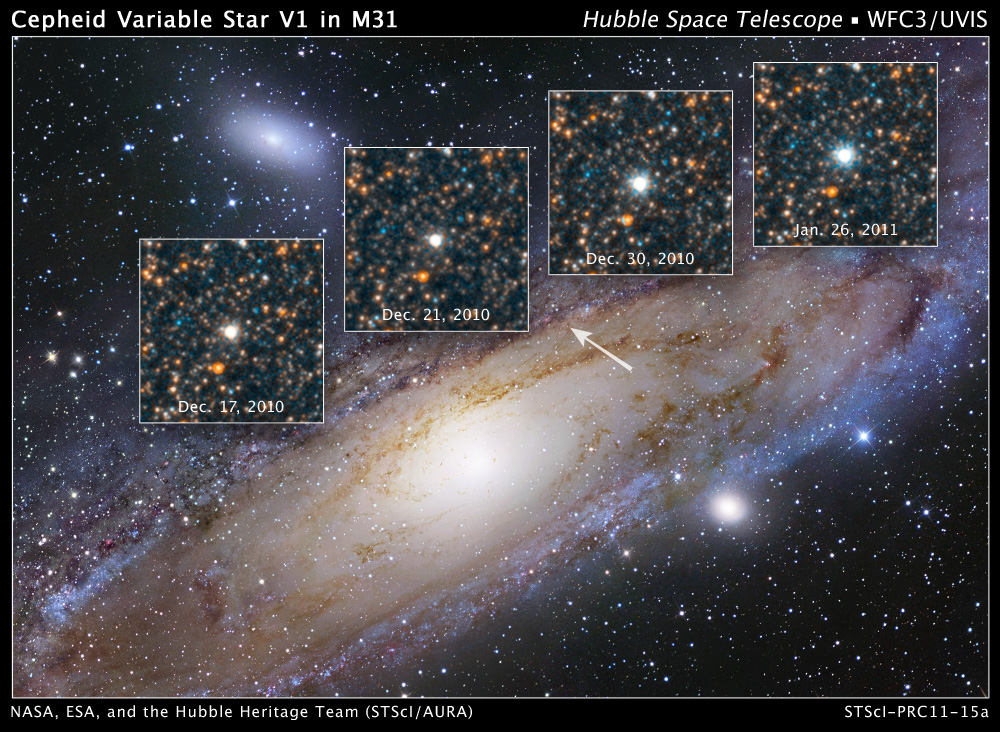 NASA’s Roman Space Telescope will help resolve the disagreement by exploring the problem much more precisely than ever before. It will trace the expansion history of the universe, helping us see how the rate of expansion changed from some of the earliest stages of cosmic history to today.

The mission will also use multiple techniques to help determine whether the discrepancy is a result of measurement errors or whether astronomers need to adjust the theory from which they derive the predictions. Either way, the Hubble constant puzzle indicates there’s something missing from our picture of the universe.

Since the beginning of the 1900s, we have transformed our view of the universe. We learned that our galaxy is just one of many, that galaxies are racing away from each other and that the expansion of the universe is accelerating. These discoveries depended on an important finding made by American astronomer Henrietta Leavitt.

In 1908, Leavitt published a discovery she made about a certain type of star, called Cepheid variables. Cepheids brighten and dim periodically, and Leavitt noticed a relationship between the star’s brightness and how quickly it fluctuated. That made distance calculations possible because astronomers could compare the actual, known brightness of the star to how bright it appears from Earth.

Using this information, American astronomer Edwin Hubble determined the distance to several of the smudgy spots on the sky that were previously thought to be nebulae — great clouds of gas and dust found between stars. He measured some to be far beyond the edge of our galaxy, which proved they weren’t nebulae at all but entire galaxies of their own.

Disagreement between Hubble constant predictions and measurements suggest flaws in either our measuring techniques or our model of the universe. The Roman Space Telescope will help us figure out which.

Hubble shared this discovery in 1924, followed by an equally shocking announcement in 1929 — with very few exceptions, galaxies are racing away from each other. This result was predicted by Belgian mathematician and astronomer Georges Lemaître in 1927, however there was no observational evidence at that time that it was correct.

While nearly everyone previously believed the universe was static, Hubble showed it’s actually expanding by discovering a link between a galaxy’s distance and redshift. Light is reddened when the source is moving away from the observer, and the degree of reddening (or redshift) tells us how quickly it’s receding. It turns out Hubble’s “constant” isn’t constant after all — it changes over time.

Astronomers expected the range of values would narrow as they refined their measurements. But what happened instead was that each technique homed in on a slightly different value.

For example, the best current results using Cepheids and the Hubble Space Telescope come from the SH0ES team, which measured a value of about 73.5 km/sec/Mpc. However, recent measurements based on red giant stars indicate a value of 70-72 km/sec/Mpc.

One thing the measurements have in common is they’re all significantly higher than the predictions from models based on how the universe appeared more than 13 billion years ago. Measurements from the early universe predict a Hubble constant value of about 67.4 km/sec/Mpc.

"We’re not sure if the discrepancy we’re seeing between the local measurements and the early universe data is due to currently unknown or underestimated uncertainties, or whether it is signaling new physics beyond our standard model,” said Wendy Freedman at the University of Chicago. “Either way the tension resolves, it is important for cosmology!"

The predicted Hubble constant values come from the standard model of cosmology and measurements from the European Space Agency’s Planck satellite. The model is well established from decades of research and its Hubble constant prediction is supported by Planck results, however measurements indicate the universe is expanding faster than expected. This conflict has been growing more perplexing in recent years.

“The Hubble constant discrepancy has been increasing, raising the possibility that we may be missing something interesting in our understanding of the universe," said SH0ES team lead Adam Riess at the Johns Hopkins University and Space Telescope Science Institute in Baltimore.

Deepening the mystery still further, data from the SH0ES team lower the possibility that the discrepancy is just a fluke to 1 in 100,000.

With it’s large field of view and the same quality resolution as the Hubble Space Telescope, scientists will collect a treasure trove of valuable data. The mission will use several different measurement techniques to test the standard model of cosmology between early and modern periods, with each method cross-checking the others. This could reveal whether the discrepancies arise from flawed measurements, or at least shed some light on why different methods come up with different values.

Through its dedicated surveys of both supernovae and high redshift galaxies, the mission will also trace the expansion of the universe across nearly all of cosmic history. It will help fill in the gaps between the early universe (which led to the theoretical model the predicted Hubble constant values come from) and relatively modern times (where the measurements come from).

In addition, the Roman Space Telescope will enable us to learn more about dark matter and dark energy, two key components of the current cosmology model that we don’t understand well. Learning more about these mysteries could lead to adjustments to our model of the universe, which could relieve the Hubble constant tension by predicting higher values that are closer to what scientists are actually measuring.

While the difference between the Hubble constant predictions and measurements may seem small enough to ignore, they highlight a major gap in our understanding of the universe. As the Roman Space Telescope probes the history of the expansion and growth of the universe and tackles some of the biggest mysteries ever known, it will bring us closer to understanding the cosmos and our place within it.