The Nancy Grace Roman Space Telescope is a next-generation observatory that will peer through dust and across vast stretches of space and time to survey the infrared universe.

The mission will help us solve some of the most profound mysteries in astrophysics, such as how the universe has evolved, its ultimate fate, and whether we are alone.

To make Roman’s sensitive measurements possible, the telescope will observe from a vantage point about 930,000 miles (1.5 million km) away from Earth in the direction opposite the Sun. At this special place in space, called the second Sun-Earth Lagrange point, or L2, gravitational forces balance to keep objects in steady orbits with very little assistance.

Roman’s barrel-like shape will help block out unwanted light from the Sun, Earth, and Moon, and the spacecraft’s distant location will help keep the instruments cool. The thermal stability of an observatory at L2 will provide a ten-fold improvement beyond Hubble in much of the data Roman will gather.

The amount of detail these observations will reveal is directly related to the size of the telescope’s mirror, since a larger surface gathers more light. Roman’s primary mirror is 7.9 feet (2.4 meters) across. While it’s the same size as the Hubble Space Telescope’s main mirror, it is less than one-fourth the weight. Roman’s mirror weighs only 410 pounds (186 kilograms) thanks to major improvements in technology.

The primary mirror, in concert with other optics, will send light to Roman’s two science instruments – the Wide Field Instrument and Coronagraph. 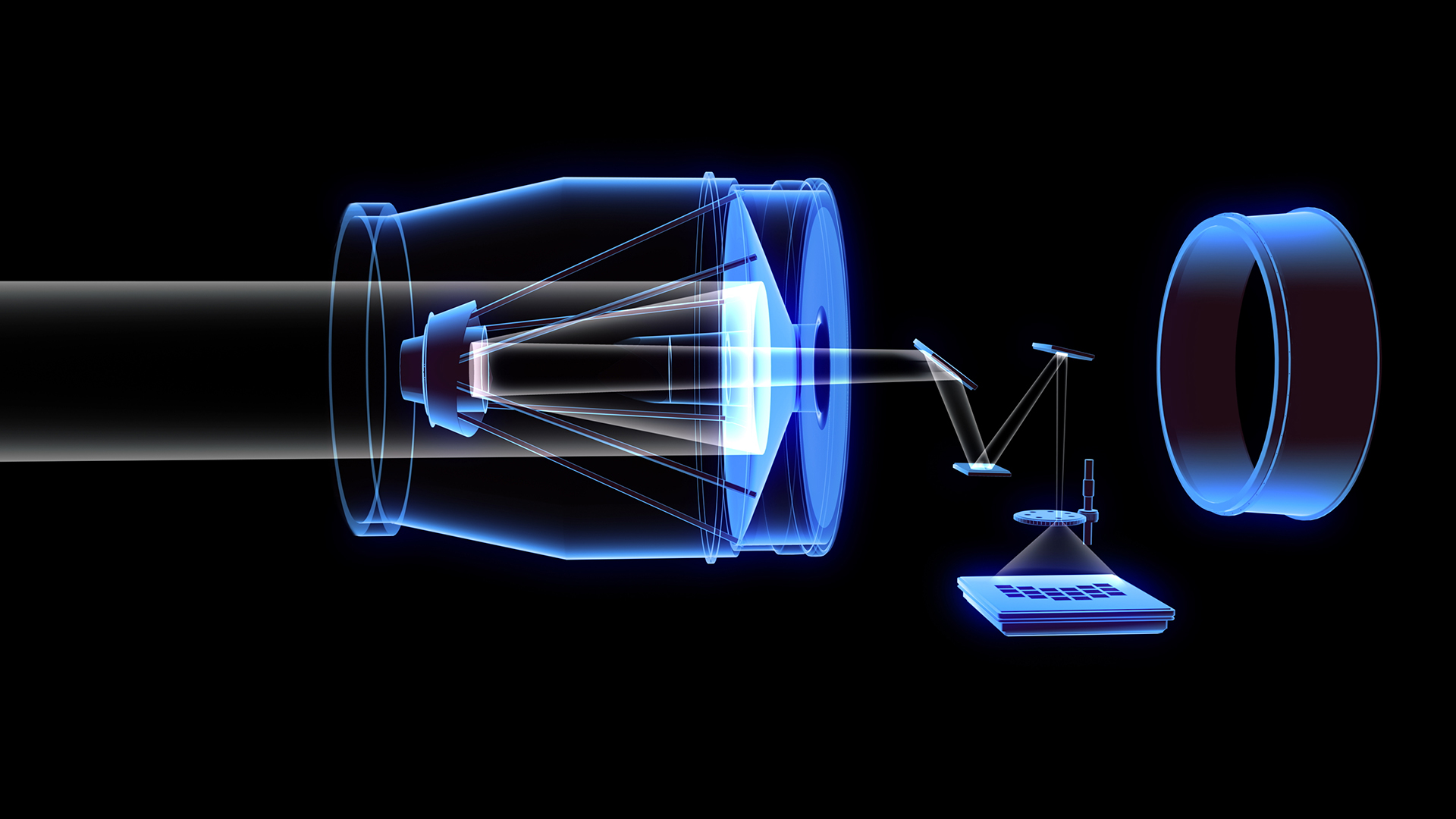 The Wide Field Instrument is a 300-megapixel infrared camera that will allow scientists to look very far back in time. Seeing the universe in its early stages will help unravel how it has expanded throughout its history, which will hint at how it may continue to evolve.

The coronagraph demonstrates technology that eliminates the glare of nearby stars and allows astronomers to directly image planets in orbit around them. It will be far more powerful than any other coronagraph ever flown, seeing planets that are almost a billion times fainter than their host star.