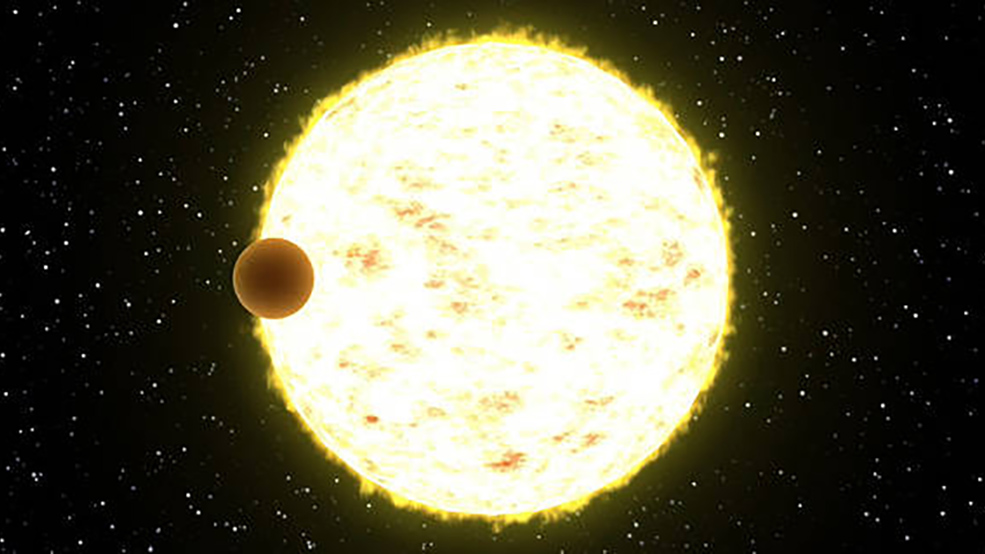 Mar 31, 2021 - NASA's Nancy Grace Roman Space Telescope will create enormous cosmic panoramas, helping us answer questions about the evolution of our universe. Astronomers also expect the mission to find thousands of planets using two different techniques as it surveys a wide range of stars in the Milky Way.

Mar 3, 2021 - NASA’s Nancy Grace Roman Space Telescope will be able to explore even more cosmic questions, thanks to a new near-infrared filter. The upgrade will allow the observatory to see longer wavelengths of light, opening up exciting new opportunities for discoveries from the edge of our solar system to the farthest reaches of space.

Jan. 25, 2021 - When it launches in the mid-2020s, NASA’s Nancy Grace Roman Space Telescope will explore an expansive range of infrared astrophysics topics. One eagerly anticipated survey will use a gravitational effect called microlensing to reveal thousands of worlds that are similar to the planets in our solar system. Now, a new study shows that the same survey will also unveil more extreme planets and planet-like bodies in the heart of the Milky Way galaxy, thanks to their gravitational tug on the stars they orbit.

Jan. 11, 2021 - Roman will be able to photograph an area of the sky at least 100 times larger than Hubble with the same crisp sharpness. Among the many observations that will be enabled by this wide view of the cosmos, astronomers are considering the possibility and scientific potential of a Roman Space Telescope "ultra-deep field." Such an observation could reveal new insights into subjects ranging from star formation during the universe’s youth to the way galaxies cluster together in space.

Nov. 18, 2020 - Roman will detect vestiges of sound waves that once rippled through the primordial cosmic sea. According to new simulations, these observations could extend these measurements into an unprobed epoch between the universe’s infancy and the present day. Studying the echoes from this era will help us trace the evolution of the universe and solve pressing cosmic conundrums.

Sept. 3, 2020 - The Nancy Grace Roman Space Telescope’s primary mirror, which will collect and focus light from cosmic objects near and far, has been completed. Using this mirror, Roman will capture stunning space vistas with a field of view 100 times greater than Hubble images.

Aug. 21, 2020 - New simulations show that NASA’s Nancy Grace Roman Space Telescope will be able to reveal myriad rogue planets – freely floating bodies that drift through our galaxy untethered to a star. Studying these island worlds will help us understand more about how planetary systems form, evolve, and break apart.

July 24, 2020 - The Roman mission’s ground system, which will make data from the spacecraft available to scientists and the public, has just successfully completed its preliminary design review. The plan for science operations has met all of the design, schedule, and budget requirements, and will now proceed to the next phase: building the newly designed data system.

Previous news releases will refer to the mission as WFIRST

May 20, 2020 - NASA is naming its next-generation space telescope currently under development, the Wide Field Infrared Survey Telescope (WFIRST), in honor of Nancy Grace Roman, NASA’s first chief astronomer, who paved the way for space telescopes focused on the broader universe.

March 30, 2020 - WFIRST will search for planets outside our solar system toward the center of our Milky Way galaxy, where most stars are. Studying the properties of exoplanet worlds will help us understand what planetary systems throughout the galaxy are like and how planets form and evolve.

Jan. 7, 2020 - Disagreement between Hubble constant predictions and measurements suggest flaws in either our measuring techniques or our model of the universe. The Roman Space Telescope will help us figure out which.

Jan. 5, 2020 - Imagine a fleet of 100 Hubble Space Telescopes, deployed in a strategic space-invader-shaped array a million miles from Earth, scanning the universe at warp speed.

Jan. 5, 2020 - An international team of astronomers funded in part by NASA has found the farthest galaxy group identified to date.

WFIRST Will Add Pieces to the Dark Matter Puzzle

Oct. 31, 2019 - WFIRST’s ability to survey wide swaths of the universe will help us figure out what dark matter could be made of by exploring the structure and distribution of both matter and dark matter across space and time.

Sept. 24, 2019 - When a new NASA space telescope opens its eyes in the mid-2020s, it will peer at the universe through some of the most sophisticated sunglasses ever designed.

Sept. 13, 2019 - NASA's Wide Field Infrared Survey Telescope will explore how dark energy has affected the universe's expansion in the past, which will let us foresee its possible fate.

Aug. 28, 2019 - On schedule to launch in the mid-2020s, NASA’s Wide Field Infrared Survey Telescope (WFIRST) will help uncover some of the biggest mysteries in the cosmos.

Jody Davis - Working at Goddard Inspires Davis to Inspire Others

June 26, 2019 - To know how the universe will end, we must know what has happened to it so far. This is just one mystery NASA's forthcoming Wide Field Infrared Survey Telescope (WFIRST) mission will tackle as it explores the distant cosmos. WFIRST's giant camera, the WFI, will be fundamental to this exploration, and it has just passed an important milestone.

May 2018 : WFIRST passed a key project milestone, clearing it to enter its preliminary design phase and begin major procurements for flight hardware. The mission completed a series of critical reviews indicating the project is on track to enter the next development phase and meet its scientific goals within its budget of $3.2 billion.

May 23, 2018 : NASA has awarded a contract to Ball Aerospace and Technologies Corporation, Boulder, Colorado, for the primary instrument components for the Wide Field Infrared Survey Telescope (WFIRST).

Oct. 19, 2017 : NASA has received the report from an independent, external review of the Wide Field Infrared Survey Telescope project. The review was commissioned by NASA to help ensure that the mission is well understood in terms of scope and required resources, and is executable.

April 27, 2017 : NASA is initiating an independent, external review over the next several months on the scope of the Wide Field Infrared Survey Telescope (WFIRST) project to help ensure it would provide compelling scientific capability with an appropriate, affordable cost and a reliable schedule.

September 16, 2016 : A Webex review of Milestone #7 for the WFIRST coronagraph technology program was held on September 15, 2016. All five of the TAC members were able to participate in the review. Coronagraph Milestone 7 (Final Report) | Milestone-7: Low Noise Detector WFIRST Coronagraph Summary

March 9, 2016 : As part of our phase A activities, WFIRST is exploring options for industry contributions to the mission. On February 23, WFIRST selected Ball Aerospace (Boulder, CO) and Lockheed Martin Advance Technology Center (Palo Alto, CA) for early phase A studies to examine their potential contribution to the wide field opto-mechanical assembly (WOMA), which is major portion of the wide field instrument (WFI)

NASA Introduces New, Wider Set of Eyes on the Universe

February 18, 2016 : WFIRST has entered Formulation! After years of preparatory studies, NASA is formally starting an astrophysics mission designed to help unlock the secrets of the universe -- the Wide Field Infrared Survey Telescope (WFIRST).

Aug 7, 2015 : The WFIRST study office is managing two technology maturation efforts, for the near infrared (NIR) detectors on the wide field instrument (WFI) and several technologies, including deformable mirrors (DMs), coronagraph masks, and high contrast imaging for the Coronagraph Instrument (CGI). NASA HQ has agreed with the study office on a set of technology milestones for each of these maturation efforts. To date, several milestones have been passed on time and the reports are available; as additional milestones are met they will be added.

WFIRST-2.4: What Every Astronomer Should Know

Assessment of a Plan forU.S. Participation in Euclid

WFIRST Interim Report of the SDT and Project Office

Nov 04, 2010 : Charter for the Science Definition Team for WFIRST released.

Oct 19, 2010 : Call for Letters of Application for Membership on the Science Definition Team for WFIRST released.