Scientists are trying to determine what dark matter is made of, but our current understanding has many gaps. Roman will provide clarity by exploring the structure and distribution of both normal matter and dark matter across space and time.

This visualization shows how dark matter (blue-gray threads) provided the framework for normal matter (bright spots) to build up into large cosmic structures, like galaxies and galaxy clusters. Credit: KIPAC/Stanford

Scientists first suspected dark matter’s existence over 80 years ago when Swiss-American astronomer Fritz Zwicky observed that galaxies in the Coma cluster were moving so quickly they should have been flung away into space – yet they remained gravitationally bound to the cluster by unseen matter.

Then in the 1970s, American astronomer Vera Rubin discovered the same type of problem in individual spiral galaxies. Stars toward the edge of the galaxy move too fast to be held in by the galaxy’s luminous matter – there must be much more matter than we can see in these galaxies to hold the stars in orbit. Ever since these discoveries, scientists have been trying to piece together the puzzle using sparse clues.

What is dark matter?

There is currently a wide range of dark matter candidates. We don’t even have a very good idea what the mass of dark matter particles might be, which makes it difficult to work out how best to search for them.

Roman’s enormous surveys will provide a comprehensive look at the distribution of galaxies and galaxy clusters across the universe in the most detailed dark matter studies ever undertaken, thanks to dark matter’s gravitational effects. These surveys will yield new insight into the fundamental nature of dark matter, which will enable scientists to hone their searching techniques. 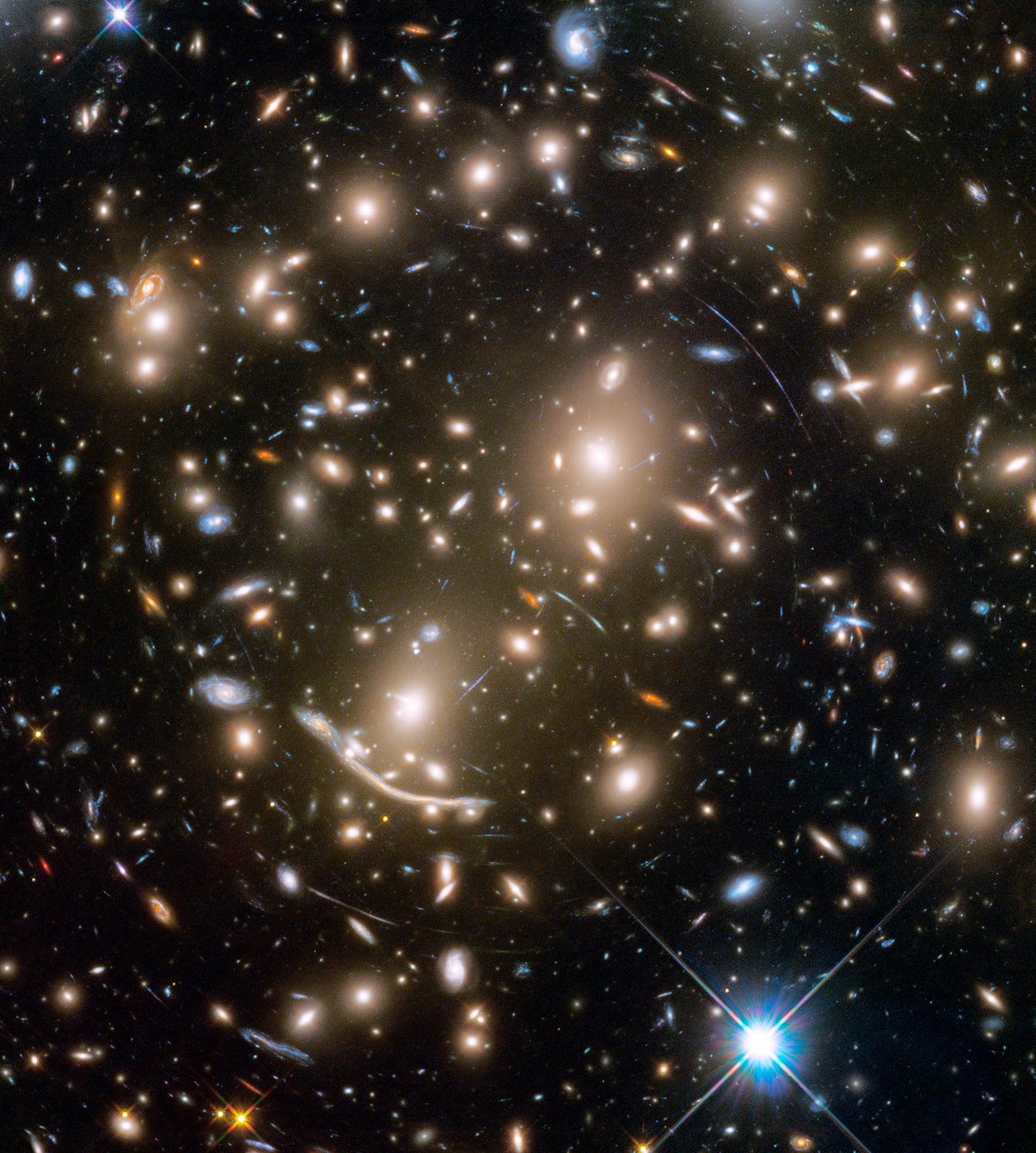 If dark matter is invisible, how do we know it exists? While dark matter doesn’t interact with normal matter in most cases, it does affect it gravitationally (which is how it was first discovered decades ago), so we can map its presence by looking at clusters of galaxies, the most massive structures in the universe.

Light always travels in a straight line, but space-time – the fabric of the universe – is curved by concentrations of mass within it. So when light passes by a mass, its path curves as well: a straight line in a curved space. Light that would normally pass near a galaxy cluster instead bends toward and around it, producing intensified – and sometimes multiple – images of the background source. This process, called strong gravitational lensing, transforms galaxy clusters into colossal natural telescopes that give us a glimpse of distant cosmic objects that would normally be too faint to be visible.

Since more matter leads to stronger lensing effects, gravitational lensing observations provide a way to determine the location and quantity of matter in galaxy clusters. Scientists have discovered that all of the visible matter we see in galaxy clusters isn’t nearly enough to create the observed warping effects. Dark matter provides the surplus gravity.

Scientists have confirmed earlier observations by measuring how much matter in the very early universe is “normal” and how much is “dark” using experiments like NASA’s Wilkinson Microwave Anisotropy Probe (WMAP). Even though normal matter makes up everything we can see, the universe must contain more than five times as much dark matter to fit the observations.

Roman will build on previous dark matter studies by using so-called weak gravitational lensing that tracks how smaller clumps of dark matter warp the apparent shapes of more distant galaxies. Observing lensing effects on this more refined scale will enable scientists to fill in more of the gaps in our understanding of dark matter.

The mission will measure the locations and quantities of both normal matter and dark matter in hundreds of millions of galaxies. Throughout cosmic history, dark matter has driven how stars and galaxies formed and evolved. If dark matter consists of heavy, sluggish particles, it would clump together readily and Roman should see galaxy formation early in cosmic history. If dark matter is made up of lighter, faster-moving particles, it should take longer to settle into clumps and for large-scale structures to develop.

Roman’s gravitational lensing studies will allow us to peer back in time to trace how galaxies and galaxy clusters formed under the influence of dark matter. If astronomers can narrow down the candidates for dark matter particles, we’ll be one step closer to finally detecting them directly in experiments on Earth.